My New York Bucklist: Top 40 Must-Dos in the Big Apple

In no particular order, a girlfriend and I have amassed a gigantic list of all the top things to do in New York City, some of them popular, some of them less known about. This list of best New York attractions is based on information I have been given by locals and other city transplants such as myself. Those crossed out have been completed! 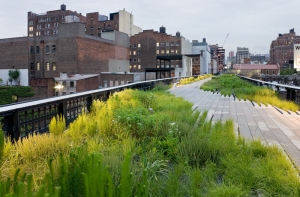 3. Run Brooklyn Bridge back and forth

4. Have a picnic at the Bronx Botanical Garden

5. Climb the 354 stairs to the top of the Statue of Liberty

6. Have drinks at the rooftop bar at The Met

7. Go to an open air concert at Central Park

9. Attend a church service in Harlem on Sunday and photograph all the women in their beautiful hats.

10. Take a “free” wine and art tour of all the Chelsea galleries

11. See the secret subway station off the 6 local uptown.

12. Run the perimeter of Central Park

14. Get into the Boom Boom Room at The Standard Hotel

16. Go to the Fulton fish market early in the morning and meet the legendary fish mongers

17. Take the gondola to Roosevelt Island 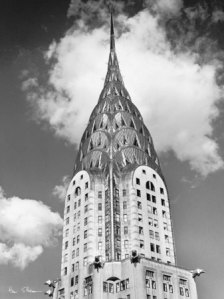 23. See a freak show at Coney Island, then ride the roller coaster and eat a hot dog at Nathan’s

24. Get waited on by transvestites at Lucky Cheng’s restaurant

25. Find out about New York’s connection to the bagel and write a story about it

26. Get pampered at the Spa Castle and then visit a Hindu Temple in Flushing, Queens

27. Take singing lessons with someone who trains for Broadway

30. Have summertime fun at a water taxi beach

32. Rent a row boat in Central Park and ride across the river

33. Live it up in the Hamptons

35. Participate in an Improv Everywhere stunt 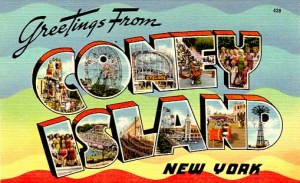 40. Dance salsa under the stars in front of Lincoln Center during the Midsummer Night Swing series. Visit http://midsummernightswing.org/ to see the line up. 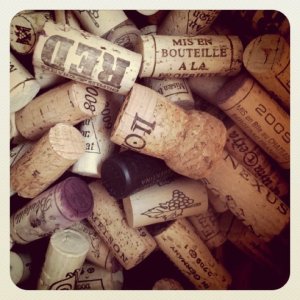 In the past couple weeks, I have learned that life change doesn’t mean focusing on getting rid of the things you don’t want, but instead filling your life up with the things you do want until they take up all space. The process of getting where you want to be requires action, forward-moving momentum, at best taken in stride with baby steps: the easiest way to form new habits and change behavior.

Personally, I may not see myself in the restaurant industry forever, but I am doing everything I can to make it a positive experience until I fully progress toward something else. For example, I use downtime before the customer rush to study vocabulary words, which makes me feel more empowered about my writing. So far, I have memorized approximately 135 new words from moiré and lugubrious to obsequious and redolent. And I’ve gotten the other servers involved, bringing out there inner sesquipedalian by holding story writing and word rhyming competitions. We recently debated the difference between decimate, eradicate, extirpate, exterminate, obliterate, annihilate, and eviscerate.

In my most recent endeavor to create something positive in my current lifestyle, I’ve also become the stresstaurant cork dork. In honor of Earth Day, I am collecting all of the corks at the stresstaurant for one week and will either donate them to charities for the creation of green projects or will make them into art projects, sell them, and then donate the money to charity.

If all goes well, I plan to expand and continue running the project.

Why do this? Well, I realized that I write and preach about leading a positive lifestyle, being generous, and giving, but felt I wasn’t fully living this prophecy. Therefore, I wanted to start doing things that would make a difference by starting where I currently am. Action. So much of the time we say, “I will start X as soon as…” or “Someday I will…” But why not start today?

Internationally, 340 tons of cork are produced each year, and it has been painful for me to watch as we send cork after cork to the landfill when I know already that they could easily be reused. Corks can be ground back down to make floor and wall coverings, shoe platforms, moisture-retaining mulch, woodwind instruments, the interior of baseballs, and more.

This for me is about thinking creatively about everyday things, looking at something average and making it extraordinary.

And when it comes to trying something new, start now. Why not? The worst thing that could happen is never having the chance to have tried. 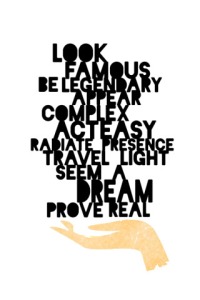